On 25 April 2019, the Belgian Parliament adopted a (draft) act (promulgated on 9 May 2019) which extends the obligation of construction professionals to insure against professional liability claims.

Under an act dated 11 May 2017 (amended in the meantime by an act of 30 July 2018), contractors and other service providers in the construction sector were already required to take out insurance covering their decennial liability under articles 1792 and 2270 of the Belgian Civil Code. This obligation was limited, however, to works conducted on Belgian territory on buildings intended for residential use, provided that the intervention of an architect is required by law. It entered into force on 1 July 2018 and is applicable to all building projects for which a final building permit was issued after that date (for more information, see Eubelius Spotlights June 2017).

The (draft) act adopted on 25 April 2019 is, according to its authors, intended to complement the act of 11 May 2017. It forms the second stage of the reform of insurance in the construction sector.

However, compared with the act of 11 May 2017, the scope of application and the consequences of the (draft) act adopted on 25 April 2019 are significantly different. The (draft) act only applies to architects, land surveyors ("landmeters-experten"/"géomètres-experts"), security coordinators (who were not covered by the act of 11 May 2017) and all natural and legal persons supplying services which are mainly of a non-material nature (particularly engineers) for works conducted in Belgium. Contractors and real estate developers are both excluded from its scope of application.

In concreto, providers of intellectual services must take out insurance covering their professional civil liability in relation to the supply of intellectual services, excluding their decennial liability. The insurance cover must be for a minimum of EUR 1,500,000 for bodily injury, EUR 500,000 for material and immaterial damage and EUR 10,000 for the objects entrusted by the principal to the insured party, with an overall cap of EUR 5,000,000 per year for all claims combined.

However, article 5 of the (draft) act permits the exclusion of several types of damage from the insurance cover. Insurance contracts can exclude claims relating to budget overrun or the localisation of an installation without its intrinsic qualities being affected, as well as claims relating to damage resulting from total or partial non-performance of contractual undertakings. The latter (important) exclusion is justified by the concern that the insured party might otherwise undertake to perform services knowing he will not or is likely not to be able to perform them, relying on his insurer to bear the consequences. Its application in practice may, however, prove difficult.

Regarding (the exclusion of) the decennial liability, it must be remembered that this liability applies as from the approval (reception) of the works. The obligation to take out insurance provided for in the (draft) act adopted on 25 April 2019 therefore seems to cover the quality of all services performed up to the approval of the works.

However, the exclusion of the decennial liability from the scope of the obligation to take out insurance raises several questions. The first is whether this is in compliance with articles 10 and 11 of the Belgian constitution. In a judgment of 12 July 2007, the Constitutional Court held that the absence of an obligation for contractors to take out insurance covering their liability discriminated against architects. The act of 11 May 2017 aimed, among other things, at eliminating this discrimination. However, the (draft) act adopted on 25 April 2019 excludes contractors from its scope of application and thus appears to recreate the discrimination which the Constitutional Court had called upon the legislator to bring to an end. The rather brief justification given during the debates in Parliament on the specific nature of intellectual services and the examples taken from foreign jurisdictions do not appear convincing.

Thirdly, and more generally, the exclusion of the decennial liability appears to contradict the legislator's objective of protecting the principal, particularly once the works have been completed. The decennial liability is a public order liability and specifically concerns the most severe defects (affecting the stability and solidity of the construction). The liability for hidden defects – which will have to be insured – can, on the other hand, be excluded or limited through specific contractual provisions. Limitation of liability clauses of this type are common practice. In the case of such provisions, the only option for the principal once the works have been approved is therefore to call on the decennial liability of the architects and contractors (provided that all the legal requirements are met). However, unless the building concerned is intended for residential purposes, architects (and other intellectual service providers) and contractors are under no obligation to insure their decennial liability. The principal is therefore often left without any effective means of redress. Neither the act of 11 May 2017 nor the draft act adopted on 25 April 2019 provide any protection against such risk. 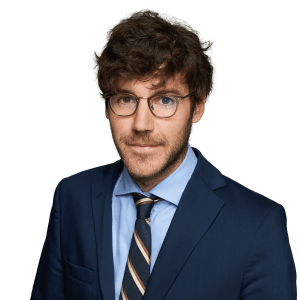 On 11 May 2017, the House of Representatives voted a new draft act requiring contractors and other service providers in the construction...