The Brussels court of first instance recently issued a judgment in the controversial “climate case”, in which Belgian citizens sued the Belgian government for non-compliance with its climate obligations. The Belgian government was held liable on the basis of article 1382 of the Old Civil Code for having acted negligently in the implementation of its climate policy.

This ruling could have ground-breaking consequences for companies and financial market participants as well, due to the increasingly popular argument that setting up and financing projects with high CO2 emission levels constitutes a tort (a “fault” within the meaning of article 1382 of the Old Civil Code).

The following analysis will therefore examine (i) the grounds on which the liability is based, (ii) the broader context in which this judgment can be situated, as well as (iii) its impact on private companies.

The court ruled that the Belgian federal government, together with the Flemish, Walloon and Brussels Regions (the Belgian authorities) have committed a “fault” within the meaning of article 1382 of the Old Civil Code and have violated human rights (Articles 2 and 8 of the European Convention on Human Rights – ECHR) because they did not act as a normally prudent and diligent government could be expected to in the implementation of a climate policy.

To reach this conclusion, the court preliminarily points out that international standards, regardless of their direct or indirect effect, can give substance to the general duty of care. Moreover, climate science and knowledge about the climate risks are evolving, and consequently the government’s conduct  must also adapt. Articles 2 and 8 ECHR contain a positive obligation for the government to prevent the negative consequences of global warming, which constitutes an obligation of means (and not an obligation to achieve a result).

The court then examines the facts of the case, noting that there is an international scientific and diplomatic consensus on the danger of global warming and the warming thresholds that must not be exceeded (generally 2° Celsius or 1.5° Celsius). Against this background, and taking into account the fact that the European Union has judged Belgium to have failed to achieve its climate objectives on several occasions every year since 2011 due to the lack of coordinated action between the different authorities, the court concludes that the Belgian authorities have breached their general duty of care.

According to the court, it follows from these elements that the Belgian authorities have not acted with due care and diligence within the meaning of article 1382 of the Old Belgian Civil Code. The court also finds that the Belgian authorities have not taken all necessary actions to prevent the effects of climate change on the claimants’ human rights.

Although this is only a first-instance judgment and an appeal by the NGO Klimaatzaak has been announced, it seems that the “Climate Judgement” can be called a milestone in the Belgian legal order. It is the first court judgment accepting liability for non-compliance with an internal climate policy, and this could have a major impact on private companies as well.

From an international perspective, this judgment forms part of a broader trend that places more responsibility on private companies in the area of climate. This is particularly illustrated by the Dutch Shell judgment and the recent European Sustainable Finance Disclosure Regulation (SFDR).

In a striking judgment dated 26 May 2021, the liability claim of an NGO against Shell was upheld. The first-instance court at The Hague (in the Netherlands) based its decision on the unwritten duty of care embedded in Section 6:612 of the Dutch Civil Code, which can be filled in by human rights and soft law (in this case, the UN Guiding Principles on Business and Human Rights – "UNGP"). More specifically, the ultimate holding company of Shell, which determines general policy (including climate policy) for the group, was ordered to reduce the emissions from the Shell group’s activities to 45% as compared to the 2019 level.

Below we highlight some relevant considerations used by the Dutch court when interpreting the unwritten duty of care for companies exposed to significant climate issues, as Shell is. For such a company, there could be very little room for arguments in defence.

First of all, the court finds that Shell is responsible for a volume of CO2 emissions which exceeds that of some countries.

Secondly, the court includes human rights (which, in principle, are only directly applicable in the “vertical” relationship between citizens and a State) in the analysis, via the UNGP. According to the court, the UNGP are consistent with the content of other, widely accepted soft law instruments (such as the OECD Guidelines for Multinational Enterprises), and thus can serve as guidelines for the interpretation of the general standard of care. By this means, the court derives general standards of conduct from the UNGP which apply to all companies. These standards of conduct require companies to respect human rights, which means that companies must not only prevent the human rights of others from being violated but also address the adverse consequences for human rights in which they are involved. The latter implies that companies should take measures to prevent, reduce and, where necessary, address such adverse impact. According to the court, the standard of respecting human rights is a global standard of conduct for all companies, regardless of the sector in which they operate, which moreover requires companies to take active measures to this end.

This standard applies throughout the entire value chain of a company. The latter comprises, according to the UNGP, a company’s own activities as well as activities that are directly related to its business relationships. The court states that the end-users of Shell products are the final link in Shell’s value chain, which means in particular that Shell must not only take care of its own CO2 reduction but also of that of its customers.

Relatedly, it can be noted that the UNGP include a principle of “human rights due diligence”, which requires companies to subject both their own activities and their business relationships to “identification, prevention, mitigation and accountability” in relation to human rights violations (Principle 17). It follows that a company’s climate obligations are far-reaching.

Finally, the court rejects Shell’s (economic) line of argument that the company is only responsible for a very small part of the worldwide CO2 emissions and that a judicial reduction obligation would disrupt the level playing field for the oil and gas market. Indeed, the court points out that all private companies will have to contribute to the reduction of global CO2 emissions and that the general interest in this case outweighs the possible negative economic consequences for Shell.

The Shell case sets a precedent in global climate case law, as it shows that private organisations also have climate obligations and the “classic” counterarguments will not be accepted.

The SFDR obliges financial market participants (i) to be transparent on the integration of sustainability risks and accounting for adverse effects on sustainability in their internal procedures, and (ii) to inform investors concerning the sustainability of their financial products. Together with the “Climate Judgment”, this could mean that careless implementation of an internally drafted climate policy can constitute a “fault” within the meaning of article 1382 of the Old Belgian Civil Code, making compliance with and enforcement of internal climate procedures a key point of focus for businesses.

Although, strictly speaking, the “Climate Judgment” concerns a case of government liability, its impact on private companies should not be underestimated. Together with current international developments such as the Shell judgment and the SFDR, it is becoming clear that private companies could also incur liability for their actions in relation to climate. 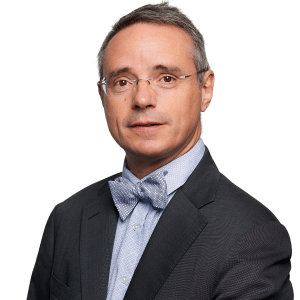 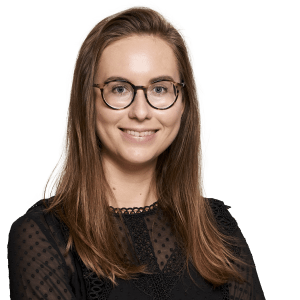 Breach of a duty to inform: who bears the burden of proof?

The Court of Cassation recently stated that it is up to the party claiming to have been inadequately informed to prove the alleged breach of...