Breach of a duty to inform: who bears the burden of proof?

The Court of Cassation recently stated that it is up to the party claiming to have been inadequately informed to prove the alleged breach of a specific duty to inform. Although the judgment concerned a medical liability case, it could also be relevant in other situations where there are information obligations, such as in the financial sector.

In the case at hand, a patient sustained injuries falling from a scanning bed, allegedly due to the failure by a nurse to provide information after a CT scan. In the context of a non-contractual liability claim, the question emerged as to who bears the burden of proof concerning the nurse's alleged failure to comply with the duty to provide information to the patient.

With this judgment, the Court of Cassation seems to confirm its earlier judgment dated 16 December 2004. According to this case law, a patient who claims that a doctor has not complied with his duty to provide information, and that the patient consequently suffered damage, must prove it. In this respect, the Court of Cassation also specified that the proof of a negative fact cannot be assessed with the same strictness as the proof of a positive fact, although this may not entail a reversal of the burden of proof.

Further, the question arises how the judgment of 11 January 2019 relates to the judgment of 25 June 2015. In the latter judgment, the Court of Cassation accepted, with regard to a dispute concerning attorney's fees, that an attorney claiming to have informed his client sufficiently needs to prove that he performed his duties to inform his client, and that the client does not have to prove the negative fact that the necessary information was not provided to him.

This case law will undoubtedly continue to be much debated. It is not only of importance in cases of medical injuries or attorney–client disputes, but can also be relevant in other sectors. For example, in cases of bank liability, the question often arises as to who should prove the failure to comply with certain information obligations. 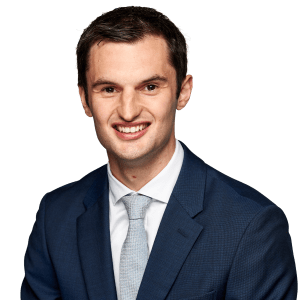 The Brussels court of first instance recently issued a judgment in the controversial “climate case”, in which Belgian citizens sued the...