Distinction between works contracts and contracts for the acquisition or rental of buildings: the two Silver Tower judgments of the Council of State

The Council of State has ruled on the question of whether the conclusion by a contracting authority of a rental contract with an option to purchase should be classed as a contract for the rental of buildings or a works contract.

In two recent judgments, the Council of State has ruled on the question of whether the conclusion by a contracting authority of a rental contract with an option to purchase should qualify as a contract for the rental of buildings or a works contract.

The distinction between these two categories is not without consequence since it determines whether or not public procurement law will apply. While works contracts fall – unless other exceptions apply – within the scope of public procurement law, article 28, §1, 1° of the act of 17 June 2016 excludes "public service contracts for the acquisition or rental, by whatever financial means, of land, existing buildings or other immovable property or concerning rights thereon".

The "be together" project aims to relocate in a single building the two administrative centres of the Brussels Regional authorities currently located at the "CCN" premises and at the "City Center" building.

In order to find a building that could accommodate its administrative staff, the Brussels Region launched a call for expressions of interest in 2018. This procedure was conducted without the application of public procurement law, on the basis of the exception applicable to contracts for the acquisition or rental of existing buildings.

Two companies applied to the Council of State for suspension of the procedure. According to the two applicants, the contract being considered by the Region constituted a works contract and therefore the exception relating to contracts for the acquisition or rental of existing buildings did not apply.

The Council of State ruled that the applicants had not demonstrated that the Region had exercised a decisive influence on the type or design of the building it intended to rent and possibly acquire, the identity of which was still unknown at the time of the judgment. This conclusion was based on two elements:

In the absence of elements indicating that the Region had any influence on the type or design of the building it intended to rent and possibly acquire, the Council of State dismissed the application.

Following the dismissal judgment of the Council of State of 12 July 2018, the Brussels Region continued the call for expressions of interest conducted without the application of public procurement law. This procedure led to the Region's decision to conclude a contract with Ghelamco Invest to rent, with the option to buy, the Silver Tower building to be built on Place Saint-Lazare in Saint-Josse-ten-Noode (Brussels).

The legality of this decision was challenged before the Council of State, which this time concluded that the contract in question was a works contract which should have been awarded in accordance with public procurement law. The Council of State's reasoning was as follows:

On the basis of these factual elements, the Council of State concluded that the contract was about the construction of a work (the Silver Tower) over which the Brussels Region had exercised a decisive influence that was more than incidental to the future rental and potential acquisition operation. Consequently, the Council of State suspended the Region's decision because of the unjustified non-application of public procurement law.

The position taken by the Council of State in its second judgment seems to us to be quite strict. On the one hand, the Council of State moderates the position taken in its first judgment according to which a building that is to be built but whose design has already been determined through the application for an urban planning permit, prior to the call for expressions of interest by the contracting authority, is equivalent to an existing building. On the other hand, the Council of State adopts a strict interpretation of the notion of "decisive influence" and seems to consider that, as soon as the contracting authority has any influence on the specifications of the building concerned, this influence must be classed as decisive. Undoubtedly the Council of State did not look  favourably on the fact that, in this case, some real estate operators had been able to prepare for the Region’s call for expressions of interest. For contracting authorities, this judgment implies that, in case of doubt, they should prefer to apply public procurement law. 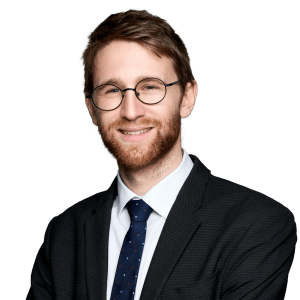