Can shapes and colours be protected as trade marks?

Although non-traditional signs can have a distinctive character in theory, practice shows that such signs often encounter difficulties in overcoming this hurdle. The average consumer is not used to deriving the origin of goods or services from a non-traditional sign. Furthermore, an exclusive trade mark right on common colours, packaging or shapes can hinder competition.

For example, the applications to register Telenet's yellow colour trade mark, the shape of a cigarette packet and the shape of a Coca-Cola bottle without grooves as trade marks were rejected by virtue of this ground for refusal.

The case law of the Court of Justice of the European Union accepts that a shape or packaging can have a distinctive character by itself if it deviates significantly from the form common in the sector concerned. According to the Court of Justice and the General Court, colours can also have a distinctive character if the colour is unusual or striking for the goods or services concerned or if the colour does not constitute a mere decorative element of the goods or services.

Another frequently encountered ground for refusal for non-traditional signs is the rule that a trade mark application must be refused if the shape or another characteristic exclusively (i) results from the nature of the goods themselves, (ii) is necessary to obtain a technical result, or (iii) gives a substantial value to the goods (article 2.2bis.1,e) BCIP and Article 7(1)(e) Regulation on the European Union trade mark).

Amongst others, registration as a trade mark of the shape of the Tripp Trapp high chair, the shape of a Lego block and the shape of a Bang & Olufsen Beolab 8000 loudspeaker have already been refused or declared invalid by virtue of this ground for exclusion.

The ground for exclusion is not always easy to apply. This is evidenced, for example, by a recent decision of the General Court concerning the trade mark consisting of the shape of the Rubik's Cube (T-601/17): 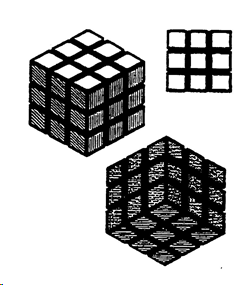 The General Court initially decided on 25 November 2014 (T-450/09) that the shape of the trade mark was not necessary to obtain a technical result as the invisible technical elements internal to the cube (the rotation mechanism) could not be taken into account.

On 10 November 2016, the Court of Justice (C-30/15P) subsequently blew the whistle and ruled that the General Court had interpreted the assessment criterion too strictly. According to the Court of Justice, besides the representation of the trade mark, all additional elements should be taken into account, including the invisible technical elements. 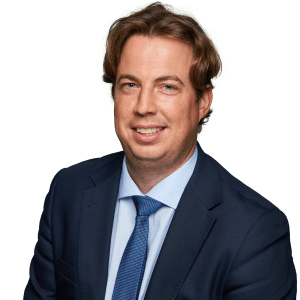 Vooruit and Vooruit: can trade marks continue to coexist?

You will certainly have heard about the discussion between the political movement Vooruit and the art centre in Ghent with an identical name...