Recently, both financial and environmental scandals have been exposed by whistleblowers. They have reported acts they had observed in the course of their work and which were seriously damaging to the public interest. Such reports play a key role in preserving the well-being of society. Yet whistleblowers may be deterred from reporting their suspicions or knowledge for fear of reprisals. A European Directive has been adopted recently with a view to putting an end to reprisals against whistleblowers and guaranteeing them better protection.

At present, the protection of whistleblowers is fragmented between EU Member States and uneven across policy areas. In Belgium, protection for whistleblowers exists in some cases, but it is not uniform across the country. In the federal and Flemish public sector, workers are protected against measures taken against them after they come forward, while no similar measures have been adopted in Wallonia or Brussels. In the private sector, few measures exist for whistleblowers, although some protection is in place in the financial sector.

On 23 October 2019 the European Parliament and the Council of the European Union signed the Directive on the protection of persons reporting on breaches of Union law, which establishes minimum standards common to all EU Member States in order to put an end to reprisals against whistleblowers and guarantee them better protection.

In concrete terms, the Directive obliges Member States to set up effective, confidential and secure reporting channels and to ensure that whistleblowers are effectively protected against reprisals.

Scope of the Directive

The material scope of the Directive is broad and includes in particular:

Regarding the personal scope, the Directive applies "to reporting persons working in the private or public sector who acquired information on breaches in a work-related context" (Article 4).

The Directive thus concerns persons who have worker, self-employed or shareholder status and persons belonging to the administrative, management or supervisory body of an undertaking, including non-executive members, as well as volunteers and paid or unpaid trainees, any persons working under the supervision and direction of contractors, subcontractors and suppliers. The Directive also applies to reporting persons when they report or disclose information acquired in a work-based relationship which has since ended or whose work-based relationship is yet to begin, and also to facilitators, third parties connected with the reporting persons and who may suffer retaliation in a work-related context or legal entities that the reporting persons own or work for.

The different communication channels envisaged by the Directive

Member States must encourage the use of internal reporting channels before external reporting, in cases where the breach can be effectively addressed internally and where the reporting person considers that there is no risk of retaliation.

Clear and easily accessible information regarding the conditions and procedures for external reporting.

Finally, Member States must ensure that a person who makes a public disclosure – by communicating information on violations in the public sphere – is protected if he or she is in one of the following situations:

The Directive provides for several measures to protect whistleblowers, the most important of which are set out below:

The Directive was published in the Official Journal of the European Union on 26 November 2019 and will enter into force on the 20th day following its publication, i.e. on 16 December 2019. Member States have two years to bring into force the laws, regulations and administrative provisions necessary to comply with the Directive. Member States must provide the Commission with all relevant information regarding the implementation and application of the Directive. On the basis of the information provided, the Commission must, by two years after transposition, submit a report to the European Parliament and the Council on the implementation and application of the Directive. 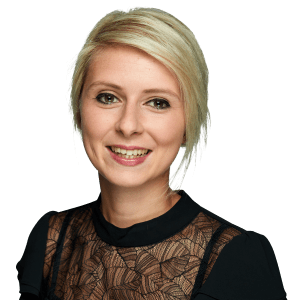