New in Belgium: Class actions for compensation of consumers

On 17 January 2014, a draft act was introduced in the Belgian Parliament to add a "collective redress procedure" to the Code of Economic Law. This is in line with the initiative of the Minister of Economic Affairs to codify the various strands of Belgian economic legislation into a single integrated Code of Economic Law. Book XVII of the Code will contain "specific and judicial procedures" to improve compliance and defence of consumers' rights, and will include a collective redress procedure leading to a decision that will be binding for a group of consumers, without the individual consumers being involved as parties in the proceedings. It is expected that the Chamber of Representatives will approve the draft act soon.

The new procedure will allow a plaintiff to introduce an action for collective redress where a group of consumers have suffered harm resulting from a company's breach of contract or violation of certain specified (European or Belgian) laws or regulations. The draft act establishes a "two-track" approach: the judge can be seised (i) to declare binding a settlement established between the parties before or during the proceedings, or (ii) to decide on the case, the extent of the damage and the mode of redress.

A notable feature of the procedure is that the individual consumers are not parties in the judicial proceedings but are represented by a "group representative". This is either (i) a consumer organisation with legal personality which is also represented in the "Raad voor Verbruik"/"Conseil de la Consommation" (an advisory body within the Federal Public Service Economy) or is recognised by the Minister of Economic Affairs, or (ii) an association which has had legal personality for over three years, which has a corporate purpose directly related to collective damages, which does not pursue an economic purpose in a sustainable manner, and which is recognised by the Minister. The Minister has discretionary powers in this regard, as no criteria for recognition are specified in the draft act. In the amicable negotiations stage, the consumers can also be represented by the (future) Federal Ombudsman. If the negotiations fail and no agreement can be reached, a group representative will have to continue the legal proceedings.

The scope of the collective redress procedure is limited to violation by a company of (i) agreements entered into with consumers, or (ii) certain European and Belgian laws and regulations listed specifically in the draft act. These provisions grant rights to consumers in different areas of the law (such as competition, price regulation, product liability, market practices, drugs, privacy and the travel industry).

The judge must first decide whether the group representative is suitable and whether the collective redress procedure is "more effective" than the regular procedure. If the judge finds that the claim is admissible, he then has to decide how to delimit the group of consumers on whom the judgment will be binding. The judge has the choice between an opt-in system (an individual consumer is only part of the group when he expressly declares that he wishes to be included) or an opt-out system (a consumer is automatically a member of the group unless he declares that he wishes to withdraw). For claims concerning redress for physical or moral harm, the judge is obliged to employ the opt-in system. The opt-in system is also compulsory for consumers who are not habitually resident in Belgium. The judgment declaring the group representative's claim admissible is made public in the Belgian Official Gazette and on the website of the Federal Public Service Economy. The period within which consumers can declare whether they wish to opt in or opt out begins as from the publication date.

After this period has expired, the group representative and the company are obliged to enter into amicable negotiations. The parties should consider whether an amicable agreement can be reached to settle the claim. If the parties reach such an agreement, this agreement can be presented to the judge for ratification. The agreement must contain, inter alia, a description of the collective damage, a description of the group of consumers, with a best estimate of the number of injured parties involved, and the conditions for the redress. Ratification makes the agreement binding for all consumers who are part of the group.

If the parties do not succeed in reaching a settlement, the judicial proceedings will be continued. As the draft act does not contain any particular provisions to the contrary, the proceedings will be organised in accordance with the provisions of the Judicial Code. If the company is held liable, the judgment will contain, inter alia, a description of the group of consumers, the conditions of the redress and the amount of the damages. The mode of redress is also left for the judge to determine: he can order monetary or non-monetary compensation and can impose an overall amount of compensation or a fixed or variable amount per individual. The conditions of the redress can also differ for each (sub)category of consumers.

The draft act entrusts the practical handling of the reparation of damage
to a loss administrator ("schadeafwikkelaar"/"liquidateur"), appointed by the court (both in cases where a settlement has been reached and ratified, and in the case of judicial proceedings). The loss administrator is to be chosen from a list of candidates held by the competent court. The loss administrator has to establish a list of the consumers who are part of the group that can claim redress. The group representative, the liable company and the individual consumer concerned can challenge the admission or the omission of a consumer. These disputes are brought before the same court. After the hearing during which the disputes are dealt with, the loss administrator will draw up a final list and compensate the victims on this list out of the global amount of damages that the liable company has paid in. After the final report of the loss administrator, the judge will declare the proceedings closed.

The draft act grants the courts of Brussels exclusive jurisdiction to hear judicial proceedings for collective redress. This way, the legislator aims to create expertise within the Brussels courts for handling this type of procedure.

Finally, the draft act provides that the collective redress procedure can only be employed in respect of losses that are sustained after its provisions have taken effect. 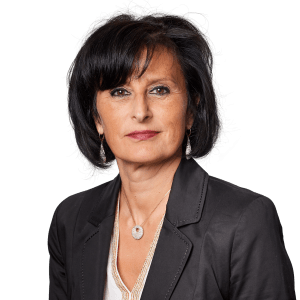