In two milestone rulings on 25 November 2021, the Belgian Supreme Court (“Hof van Cassatie”/“Cour de cassation”) clarifies how both the new national general anti-abuse rule (“GAAR”) of article 344, §1 of the Belgian Income Tax Code (“ITC92”) (case F.20.0058.N) and the special European anti-avoidance rule (“SAAR”) of the so-called “Anti-Tax Avoidance Directive” (Directive No 2016/1164 – “ATAD") (case F.20.0094.N) must be applied in time and whether the general EU law principle prohibiting abuse of law can be applied in areas not covered by EU law.

The Belgian legislator introduced a new GAAR into the ITC92 in an act dated 29 March 2012. The previous version of the GAAR had been rendered almost inoperative by strict case law of the Supreme Court which allowed the recharacterisation for tax purposes of an (allegedly tax abusive) legal act as another type of legal act only if the legal effects of both acts were comparable – which was practically almost impossible for the tax administration to demonstrate. The new GAAR was designed as a stronger and more efficient weapon against tax abuse. Its rationale was based on the case law of the European Court of Justice defining tax abuse in VAT matters (including in the milestone Halifax ruling).

Hence, even if a taxpayer (formally) complies with all the conditions prescribed by a provision of the tax code, the tax authorities can invoke the GAAR if the transaction or the claim of a tax benefit is deemed to be contrary to the objectives of the legislator and the choice of the legal act or set of legal acts is not justified by any motives other than tax savings.

The act introducing the new GAAR applies as of assessment year 2013, as well as to (a set of) legal acts performed during the taxable period ending at the earliest on 6 April 2012 and linked to the assessment year 2012 (“cut-off period”). The question arose whether this more effective GAAR was also applicable to a set of legal acts when not all of the acts took place during or after the said cut-off period. Indeed, many efficient tax planning schemes were set up many years ago but the benefits would sometimes be derived or monetised after the new GAAR entered into force.

The tax administration argued that if a tax scheme consists of a series of legal acts, it should be sufficient for the GAAR to apply if at least one legal act was performed during or after the cut-off period. In other words, according to the tax administration, a tax planning scheme set up in the 1990s leading to an effective advantage in 2014 (requiring a legal act such as, for instance, a capital decrease) could fall within the ambit of the new GAAR. Needless to say, this interpretation undermines the legal certainty which the legislator explicitly wanted to protect when introducing the new GAAR (cf. page 111 of the preparatory works).

The tax administration tried to defend this interpretation before the Supreme Court after it had first been rejected by the Court of Appeal of Ghent. The case which the tax administration brought before the Supreme Court concerned a legal structure which the taxpayer set up in 1986 and from which he had subsequently exited in 2012 realising substantial tax-exempt income. The structure allowed the taxpayer to cash in on retained earnings (not distributed since 1986) of a professional cooperative company (for pharmacists) upon exit, benefitting from a specific exemption on a deemed dividend distribution. As the last act of the scheme (i.e. exit) took place in 2012 (which was during the cut-off period), the tax administration tried to invoke the new GAAR to tackle the entire structure and to tax the dividend as director’s remuneration.

However, the Supreme Court has now rightfully decided in favour of the taxpayer. In this landmark case, the Court confirmed that the new GAAR only applies to a set of legal acts if all of the legal acts were performed during or after the cut-off period. The specific provision of the act introducing the GAAR which specifies its application in time should be considered as a legally binding deviation from the general principle of law that a new act not only applies to legal acts and facts occurring after its entry into force but also to acts or facts which occurred before but which have legal consequences and effects that last after its entry into force (unless such application would impair  definitely acquired rights).

This is an important warranty for historic tax planning schemes (set up before the cut-off period) provided that the single acts allowing the benefits to be cashed in on after the cut-off period cannot (if analysed on an isolated basis) be considered as abusive. Hence, many historic internal capital gains (realised via contributions of shares of operating companies into new holding structures before 2012) that are monetised via capital decreases after 2012 can be considered as safe.

Supreme Court on the SAAR of Article 6 ATAD

In order to circumvent the limitations of the applicability in time of article 344, §1 ITC92, the tax authorities are now trying, in some cases, to invoke the general EU law principle prohibiting abuse of rights and/or the SAAR enshrined in Article 6 ATAD to force the judges to interpret the GAAR in accordance with ATAD.

Since the European Court of Justice (“ECJ”) rendered its milestone rulings on 26 February 2019 in the so-called Danish cases, where it held that there is a general principle of EU law prohibiting abuse of rights and allowing abusive tax structures benefiting from EU law protection to be combatted (e.g. exemptions available under the Parent–Subsidiary Directive or the Interest and Royalty Directive), the tax administration has been trying to invoke this case law to tackle even purely domestic tax schemes.

Article 6 ATAD is a codification of the EU law principle of abuse of rights aimed at combatting, for corporate tax purposes, abusive schemes even in purely domestic situations. Strangely enough, and despite the fact that the new Belgian GAAR differs both in wording and in burden of proof from the SAAR, the Belgian legislator considered article 344, §1 ITC92 to be a sufficient implementation and therefore did not provide for a separate general anti-abuse provision for corporate tax purposes. Hence, the tax administration is now trying to argue that, since the legal effects of certain structures set up before the cut-off period still have effects after it, the Belgian GAAR should be interpreted and applied in accordance with the SAAR under ATAD.

One of those cases found its way to the Supreme Court. The case concerned an international structure which was set up in 2010 to benefit from the Belgian notional interest deduction (at a time when the interest rate of that deduction was still attractive and the basis for the deduction was the adjusted equity and not merely an incremental part thereof as is currently the case). The structure concerned two foreign companies that set up a Belgian special purpose vehicle with a capital of EUR 350 million which was immediately on-lent to a Dutch financing subsidiary of the group. This capital gave rise to a substantial notional interest deduction, allowing the interest income from the loan granted to the Dutch subsidiary to be neutralised. The tax administration tried to argue that the Belgian company was artificially interposed within  the international structure and that the income it derived from the loan should be considered as an abnormal or gratuitous advantage which cannot be set off by the notional interest deduction. This reasoning was rejected by the Court of Appeal of Antwerp.

The tax administration filed a petition with the Supreme Court arguing that the Court of Appeal had violated both the general EU law principle prohibiting abuse of rights and the SAAR of Article 6 ATAD. The Supreme Court was not impressed with this line of argument and rejected the petition.

First, the Court pointed out that the general EU law principle of abuse of rights only applies if a taxpayer invokes an advantage under EU law. Therefore, this principle cannot be invoked by the tax authorities in a purely national context (which was the situation in the case at hand, since the notional interest deduction was not an implementation or transposition of any EU law provision).

Second, as to the SAAR, the Court pointed out that Member States were required to transpose it into national legislation by 31 December 2018 and to apply it as of 1 January 2019. Since the legal structure in the case at hand was already set up in 2010 and the dispute related to the assessment year 2015 (i.e. before the deadline for the Member States to implement ATAD and before the entry into force of its Article 6), Article 6 cannot be applied to combat the scheme.

Earlier, the Belgian Constitutional Court (“Grondwettelijk Hof”/“Cour constitutionnelle”) had already ruled in a comparable way with respect to the abuse of law doctrine and the SAAR under ATAD (ruling of 14 October 2021, no. 139/2021, paras B.9.2-3). That case concerned old tax planning schemes set up at the end of the 1980s to benefit from advantageous lump sum tax credits available under certain double taxation treaties concluded by Belgium (with Italy and South Korea). The Court of Appeal of Liège was wondering whether it should interpret Belgian provisions relating to tax deductibility of expenses and/or the tax credits in accordance with the said EU law principle and/or the SAAR. The Constitutional Court considered that the EU law principle was clearly not applicable to purely domestic tax law provisions and that the SAAR was not applicable in time.

One can therefore state with certainty that the SAAR under the ATAD cannot be applied to schemes that were already set up and had their tax effect prior to 1 January 2019. However, the question remains open whether Article 6 ATAD can, for corporate tax purposes, apply to schemes set up before 2019 with effects lasting after 2019. Needless to say, many reasonable arguments can be advanced to the contrary.

Do not hesitate to contact us should your company face an audit or litigation which includes questions relating to issues of this type. 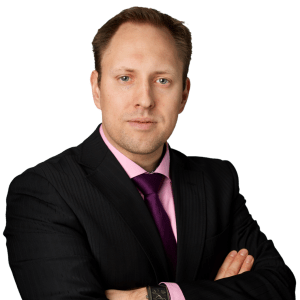 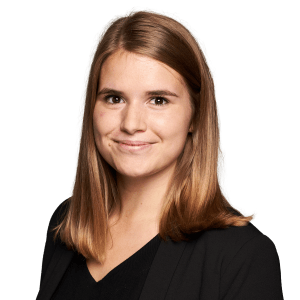